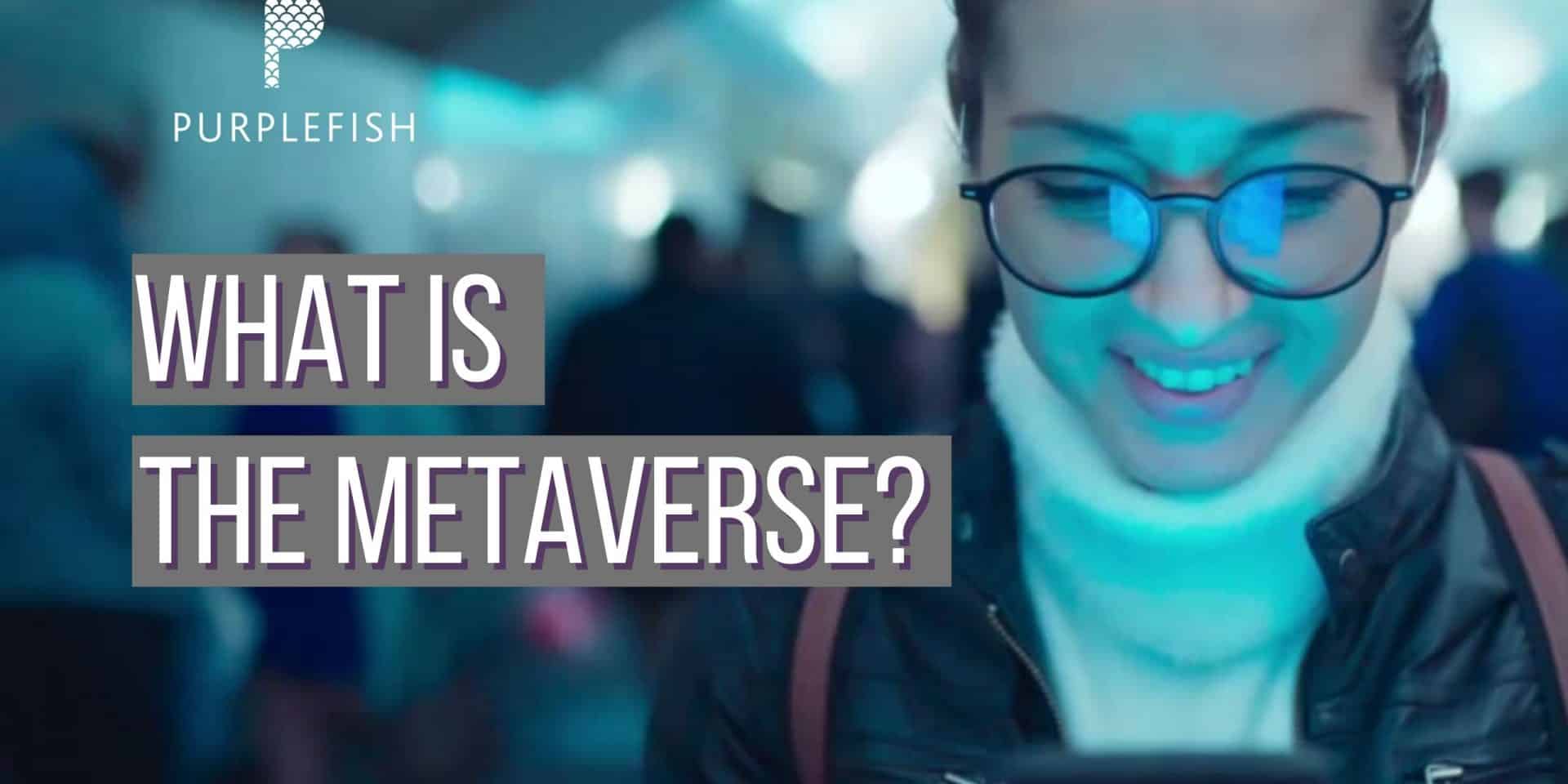 Towards the end of the 90s, the internet was still in its infancy. The only way to access the world-wide-web was via a dial-up modem meaning your family couldn’t make or receive telephone calls until you’d finished surfing.

In 2006, Facebook became the usurper to the Myspace social throne. By 2012, the tech start-up had quickly become a global powerhouse and was planning an IPO while plotting the takeovers for Instagram and WhatsApp that would provide them a customer base of billions.

Today, the technology company is publicly traded on NASDAQ with a valuation that hit a $1 trillion milestone in June 2021.

Facebook has also recently rebranded as Meta to stake a claim on the ‘metaverse’.

What is the metaverse?

The metaverse is an immersive online experience that lets you substitute, or augment, reality with digital generated simulations that offer an unprecedented level of realism.

The Meta website describes the metaverse as ‘the next evolution of social connection.’

“Broadly speaking, the technologies that make up the metaverse can include virtual reality—characterized by persistent virtual worlds that continue to exist even when you’re not playing—as well as augmented reality that combines aspects of the digital and physical worlds. However, it doesn’t require that those spaces be exclusively accessed via VR or AR. A virtual world, like aspects of Fortnite that can be accessed through PCs, game consoles, and even phones, could be metaversal.” – Eric Ravenscraft reporting for WIRED.

What is the backstory of the metaverse?

The term was not coined recently, nor was it conceived by a tech company.

The term is often attributed to the 1992 dystopian science fiction novel, Snow Crash by Neal Stephenson with further inspiration drawn from the 1981 novel True Names by Vernor Vinge – both were highly influential works for the Cyberpunk genre and now the metaverse itself.

From a technology perspective – despite the first virtual reality (VR) headset being built in the late 60s at MIT, VR never saw the level of adoption until the immergence of Oculus Rift in 2011. Oculus quickly integrated with the gaming industry and brought the technology into consumers’ homes for an affordable £199-£350.

In 2014, Facebook acquired Oculus for $2 billion with CEO, Mark Zuckerberg stating: “Mobile is the platform of today, and now we’re also getting ready for the platforms of tomorrow.”

So, what is next for the metaverse?

With so many players vying for a seat at the metaverse table. What technologies, and industries, will be take the next step in their evolution after integration with the metaverse?

VR has been the next-big-thing since its inception half a century ago – rest assured that this will be the core to the metaverse experience.

The metaverse already has a decentralised economy waiting in the wings, cryptocurrency and digital currency will likely evolve as the go-to transactional method.

The art and music industry has been disrupted by the emergence of non-fungible tokens (NFTs). With NFTs providing a proof of ownership that is verifiable on the blockchain, NFTs are being used as a method to bridge the purchase of unique digital assets – virtual land, real estate, art, and music are currently being stockpiled by metaverse evangelists.

Built by Epic Games, Fortnite has been a gaming sensation that many already consider part of the early metaverse. With a customer base of 350 million and up to 15 million players online at any time, Fortnite will be leading the charge for the gaming industry.

It is early for the metaverse, but this story will be fought amongst Big Tech over the next decade and beyond.