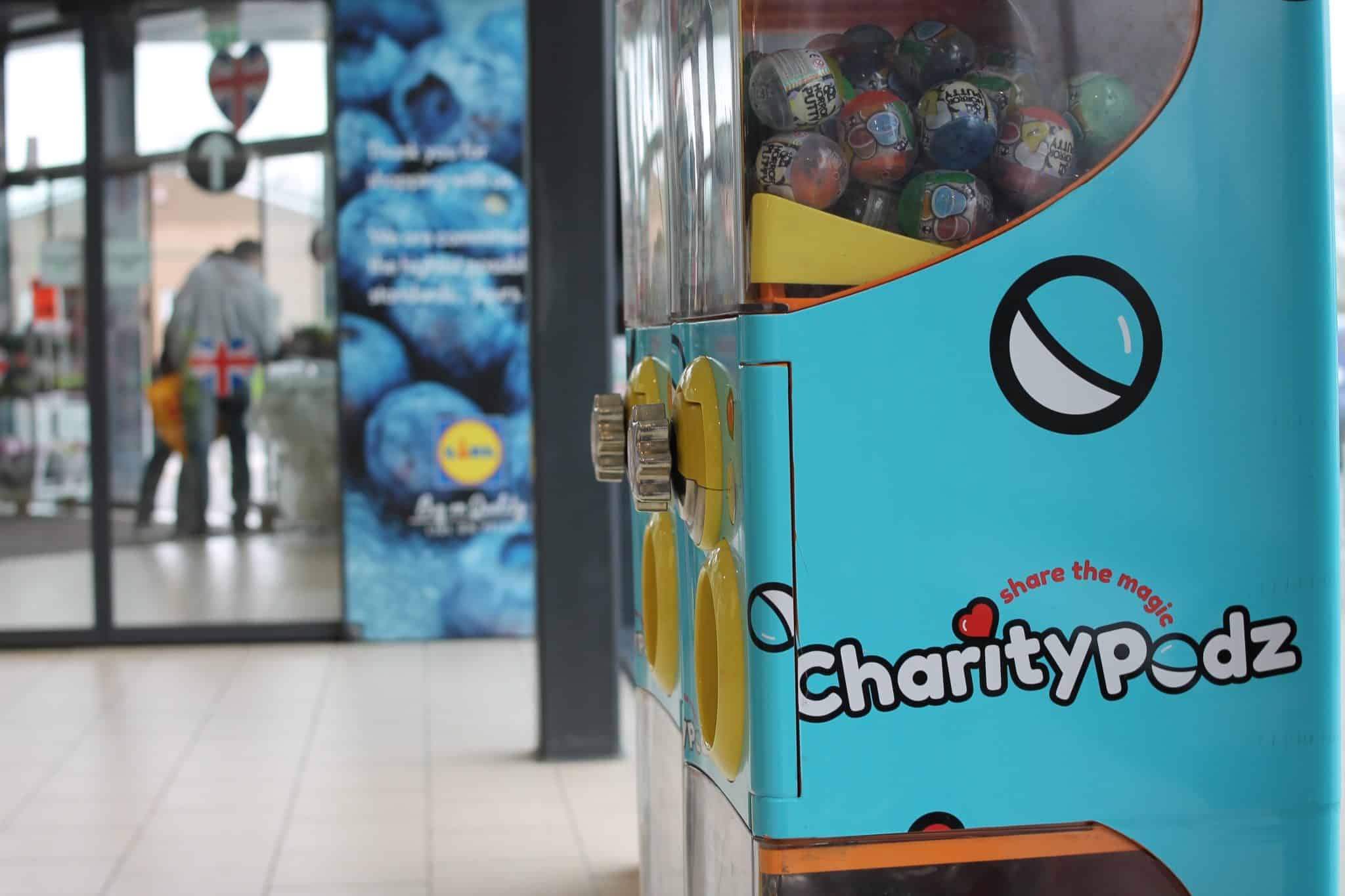 CharityPodz, the company behind the UK’s first charity-toy vending machines, has announced a new partnership with Lidl GB after raising over £400,000 for UK charities.

The fundraising business has sold more than 1.6 million toys from its vending machines in just 24 months, benefitting dozens of charities including Alder Hey, The Childrens Hospital Charity and the NSPCC.

The CharityPodz machines have now been rolled out across more than 500 Lidl stores with the donations raised from the charity toy sales going towards the NSPCC’s work to keep children safe from abuse.

The vending machines are located in major high street stores such as Matalan, as well as in supermarkets and dozens of shopping centres, including Bristol’s Cabot Circus where the proceeds are donated to Children’s Hospice South West.

With the specially designed machines, children can spend their pocket money and purchase a collectable toy. For every toy purchased, a donation is made to the retailer’s chosen charity. The charitable payment is credited directly into the relevant charity’s bank account, cutting out any admin or costs for the store’s staff.

Daniela Tulip, senior corporate social responsibility (CSR) consultant at Lidl GB, said: “The roll out of CharityPodz machines to Lidl stores across England, Scotland and Wales has proved to be hugely successful and has helped us raise vital funds for our charity partner, the NSPCC.

“CharityPodz has been highly responsive, courteous and professional throughout the roll out. We have no hesitation in recommending them to other retailers or consumer-facing businesses as a successful and straight-forward way of fundraising for charity.”

Charity partner NSPCC were early adopters of CharityPodz in Matalan stores and now promote this concept as a key part of their CSR fundraising strategies.

An NSPCC spokesperson said: “We are thrilled that CharityPodz will be helping to fundraise for us at Lidl and Matalan stores throughout the country with their toy dispensers.

“The money raised will enable us to help more children that have suffered abuse and neglect, and to prevent it from happening in the first place.”

The charity toy machines are branded with the logo of the retailer’s chosen charity, which serves as in-store promotion, while all installation and maintenance is carried out by Perform365 – the parent company of CharityPodz – to ensure no operational burden on the retailer.

Parents and children purchasing the toys are encouraged to make the link between buying something for their own joy and sharing goodwill to someone else through the transaction.

By linking these actions, CharityPodz has created a new category of charity-toy vending, which helps retail businesses meet their CSR targets for store level staff and customer fundraising initiatives.

CharityPodz co-founder and director Adam Abrams said: “We are so thrilled to have a new partnership with Lidl and have reached this milestone in fundraising less than 24 months after our first roll out.”

“Our next step is to continue looking for new partnerships with grocers, retailers, shopping centre groups and, of course, charities. We have huge ambition for this simple concept as it’s a win-win for both businesses and charities, and delivers great fun for children and their parents.”

By 2022, CharityPodz endeavours to become a core CSR fundraising tool for all UK grocers and major shopping centre groups.