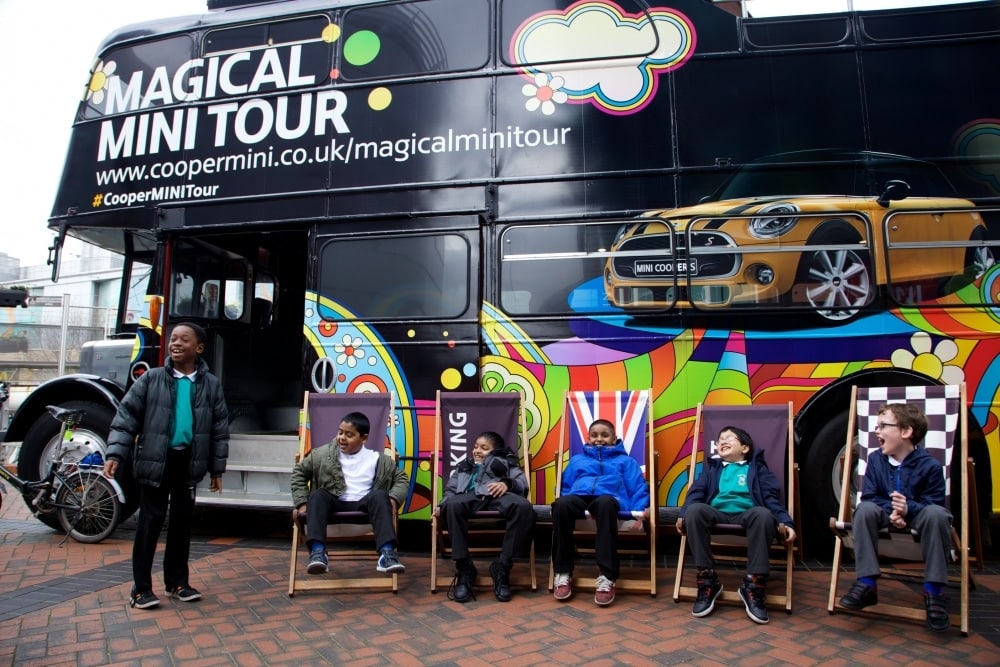 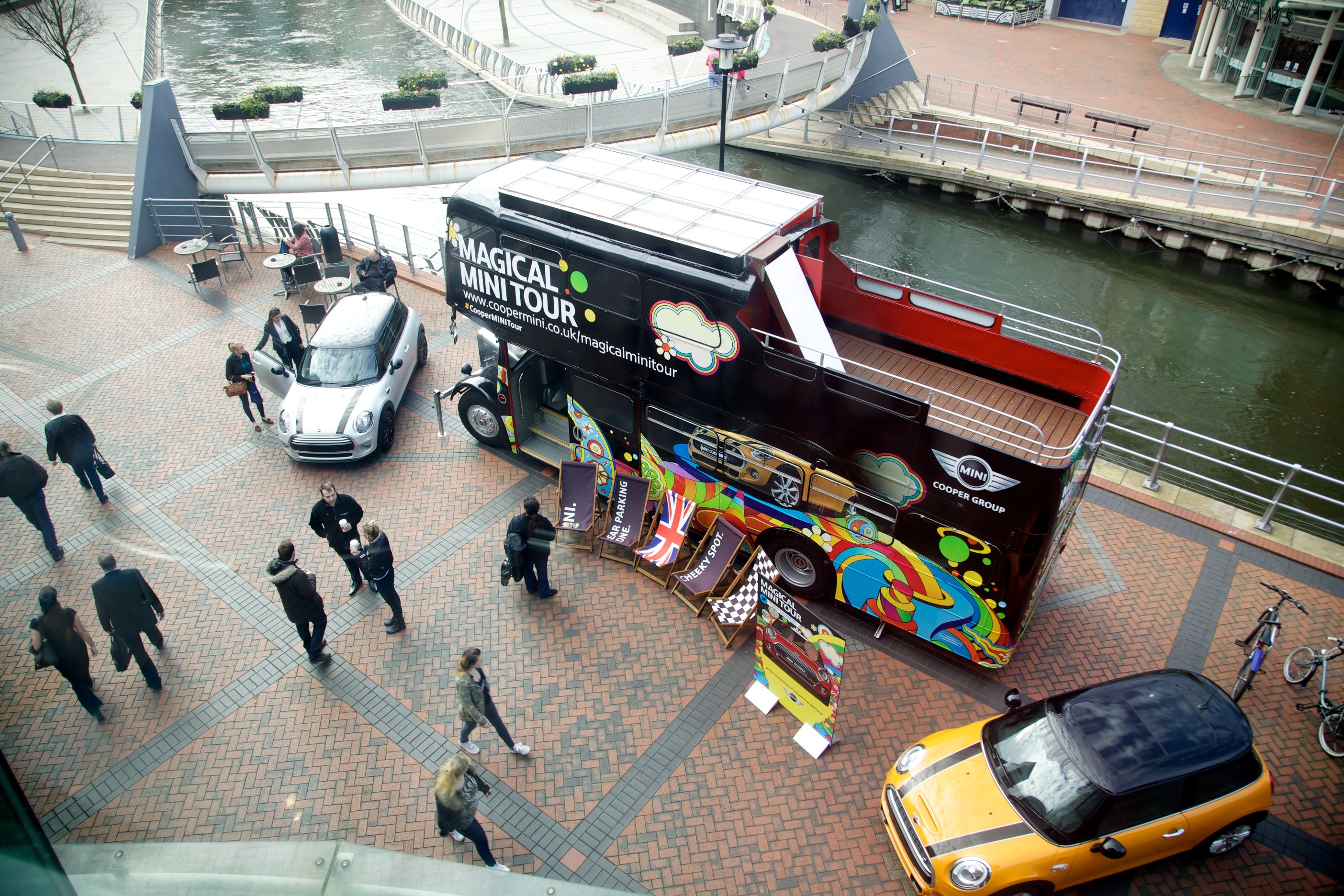 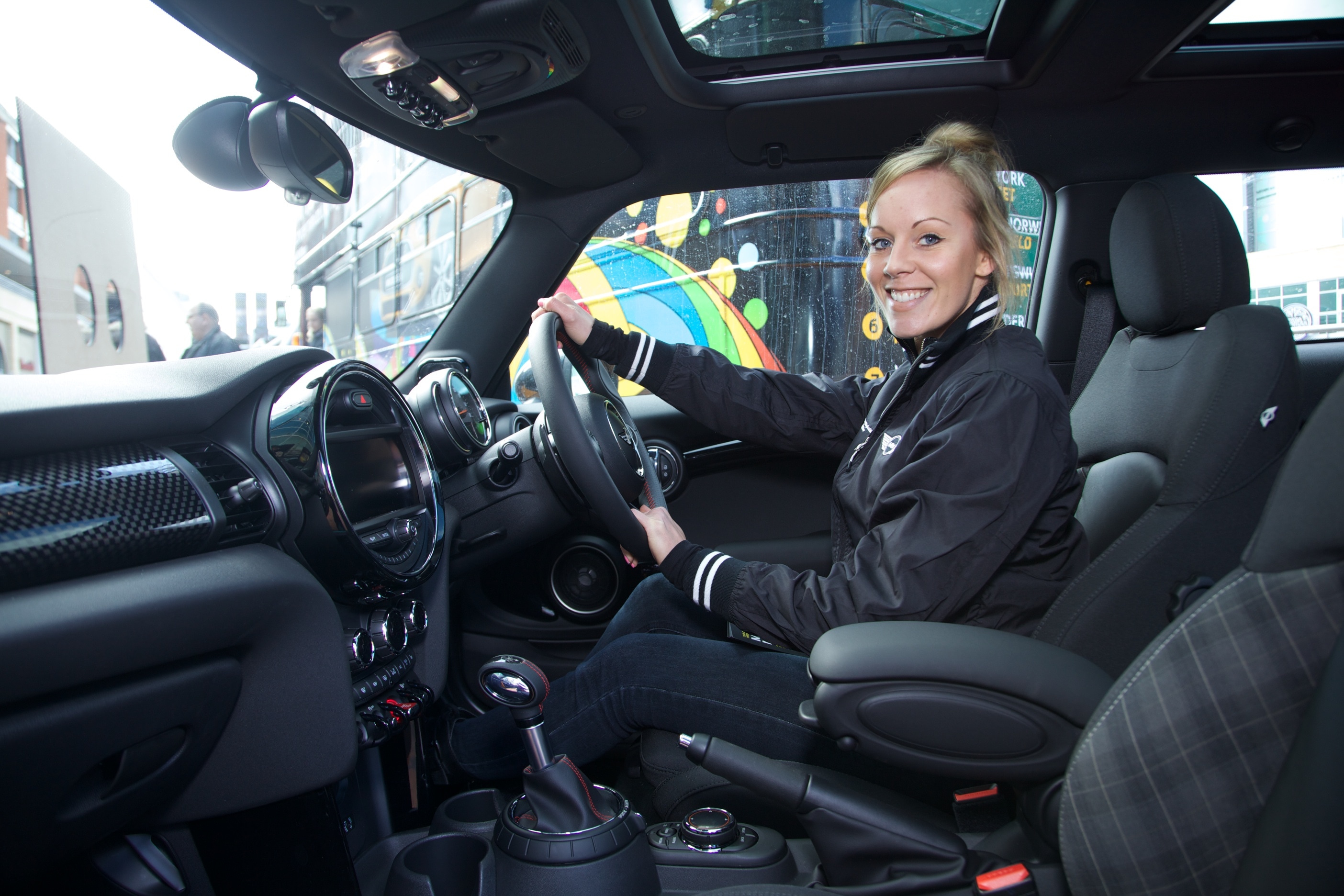 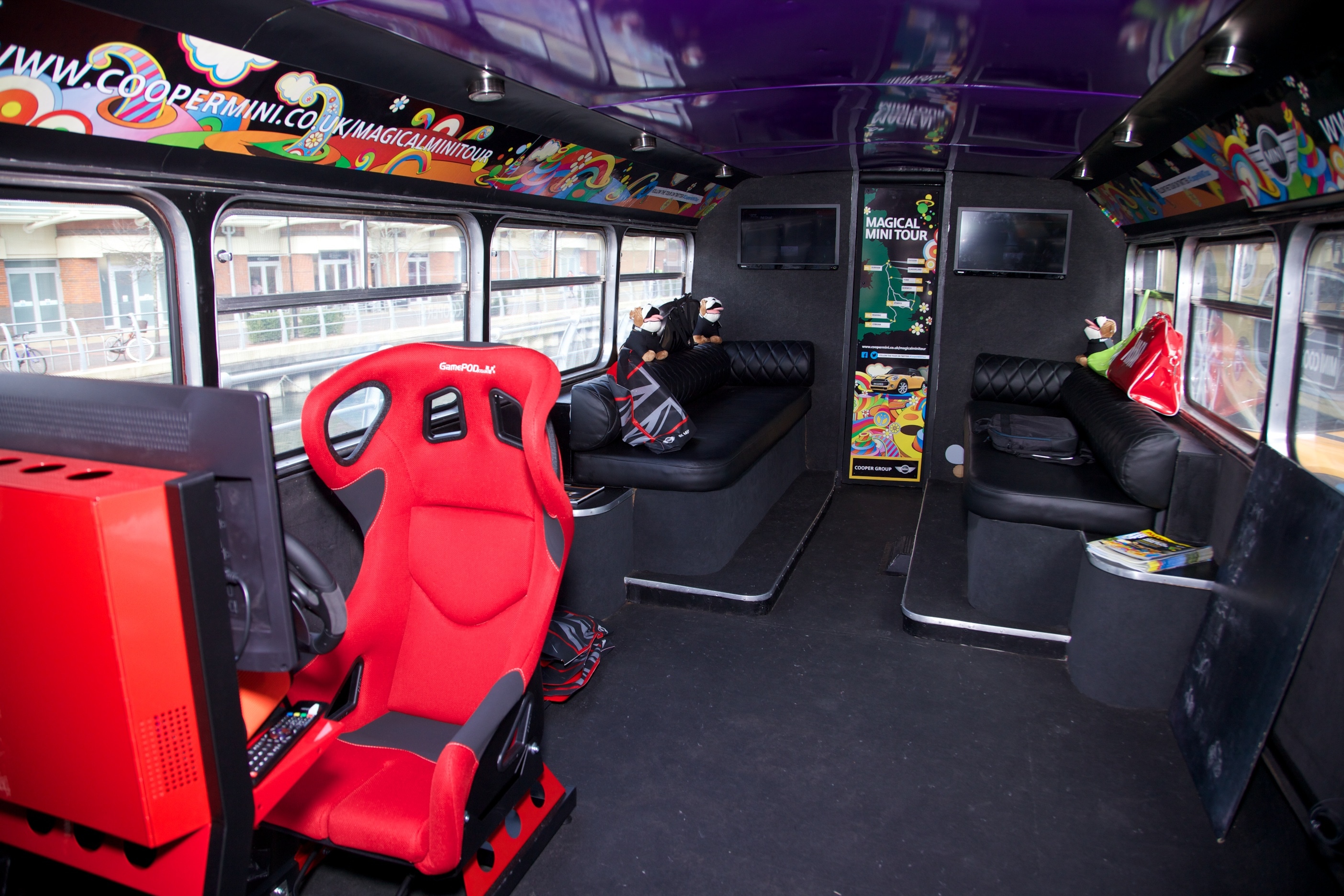 To celebrate the launch of the latest New Original MINI, Cooper MINI commissioned purplefish to deliver the Magical MINI Tour in partnership with Twist and Shout Advertising. The Magical MINI Tour was a national roadshow designed to promote the latest version of the British classic to the UK public and secure test drives.

For the campaign purplefish created a month long, nine stop, UK roadshow appearing in towns and cities which had prominent Cooper MINI dealerships. To explore the idea that the MINI was not only available in the 1960s, a Magical MINI Tour was developed with a double decker decorated in a 1960s colour scheme and was accompanied by two new MINI cars. The bus included a MINI driving pod game to attract people on to the bus, a competition to win an all expenses paid Italian Job holiday and Cooper MINI dealership staff on hand to discuss the car’s new benefits with any potential customers.

During the one month campaign purplefish arranged and managed nine central locations between Reading and Sunderland. This resulted in Cooper MINI engaging with over 5,000 potential customers across the locations, a social media audience of over 280,000 and increasing its social media following by 350%+ thanks to purplefish’s experience in social media and community management.