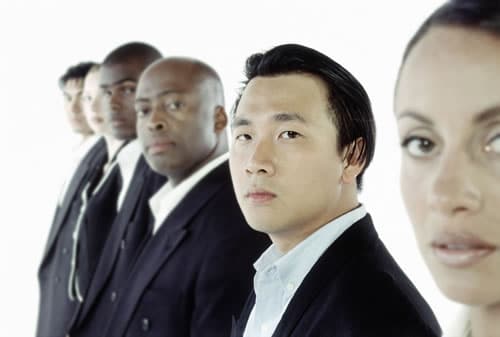 The news that diversity in the TV, media and creative industries is under the Government spotlight is encouraging in its broadest sense, but cynics may argue they have heard it all before.

It’s a subject that can easily be discussed but bringing about an institutional change in attitudes needs serious effort and commitment to the cause.

Culture Minister, Ed Vaizey, is chairing a ministerial debate on diversity, apparently in response to the latest Creative Skillset Census. It shows Black, Asian, Minority Ethnic (BAME) representation in the Creative Industries in 2012 was at its lowest point since the Census began – at just 5.4%.

Where the film and TV industry fails, so too, unfortunately do the PR and marketing sectors – which, as part of the UK’s creative industry, also have a duty not to turn a blind eye to the lack of BAME representation in the sectors.  The latest stats from PR Week’s annual survey (published December 2013) show our sector is grossly non representative when it comes to ethnic diversity – 91% of people in PR are white.

The changing profile of the UK

In purplefish’s home city of Bristol, ‘White British’ people account for 77% of the population, a decrease of 10% since the 2001 census.  Bristol is now home to an increasingly diverse community with 16% of people stating they are from a BAME background, creating a rich and exciting diverse environment for us to live and work in.

We should all care about equality and diversity in PR and should understand how best to communicate with, to, and for, a richly diverse British culture – at the moment the industry is at best, guessing, and, at worst, patronising or ignorant in how to do this.

Of course equality and diversity goes far beyond ethnicity. The PR and communications industry grossly underrepresents all diverse groups routinely employing a largely white, under 35, university-educated, heterosexual work force.  Any difference – whether it be age – one in six people in the UK (16.4%) are now over 65, sexual orientation, disability, skin colour or religion is not often seen – more’s the pity.

As an agency, purplefish is actively campaigning to promote greater diversity in our industry and we work with clients to consider issues of diversity in their campaigns as well as offering an equality and diversity in communications training programme.  There is much work to be done – we’re trying to do something…are you?